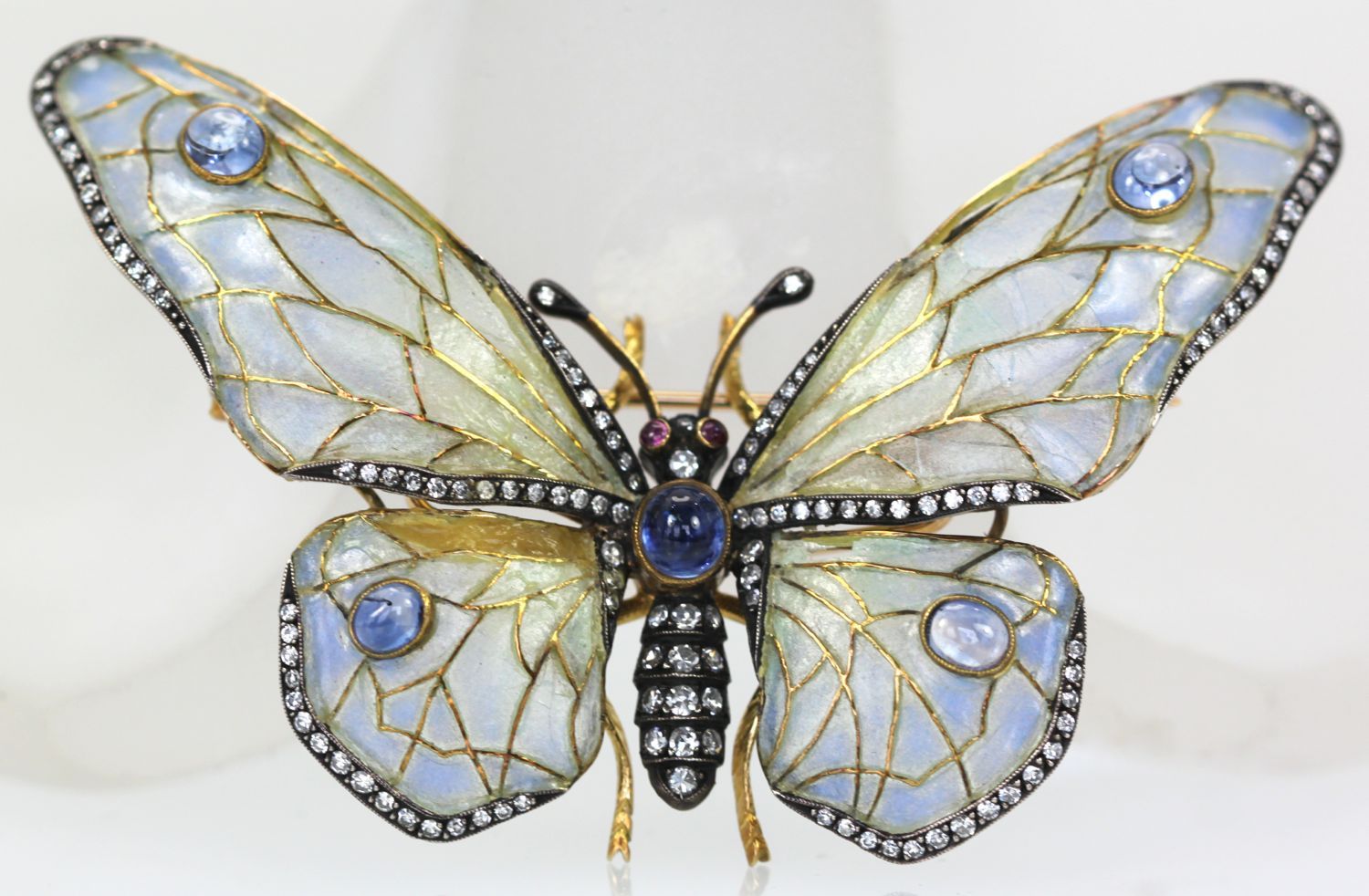 What is Plique a Jour Jewelry:

Plique a Jour is French for “letting light in”, or “Pools of Light.” It defines the vitreous enameling technique where enamel is applied in cells similar to cloisonné but with no backing in the final product, so light can flow through the transparent or translucent enamel. This requires a network of cells formed with either Gold or Silver or sometimes copper wire without a backing under the glazed areas.

The Plique a Jour technique was developed in the Byzantine Empire in the 6th century A.D. It was adopted by Kievan Russia, who produced plate’s, spoons and bowls with this technique. Some pieces have survived in Georgian icons but after the Mongol invasion in the 13th Century most were lost. Western Europe adopted the Plique a Jour technique and some pieces have survived.  They can be found in the inventory of Pope Boniface in 1295. Few items have survived because of the fragility of this work. This technique was revived in the late 19th century and during the Art Nouveau movement and was used intensively by artists and jewelers such as Georges Fouquet, Rene Lalique, Henri Vever, to name a few. Fortunately many of these works have survived.

Plique a jour jewelry pieces are rare and hard to find. Wires are placed in a planned design and various enamels are ground and applied to each cell created by the metal wirework. The piece is then fired in a kilm. This process is repeated until all cells are filled which usually takes 15 to 20 times. This is extremely labor intensive and many times the piece needs to be scraped because of break in the enamel glass. These pieces are fragile and break easily so finding nice pieces is difficult.

Today there are artists still creating these pieces but not to the detail and magnificence of the old world masters. One firm still making plique-a-jour pieces of high quality is the Spanish firm of Maseria. They still produce all the designs the jewelry house founded and the pieces are absolutely beautiful.

I think serious jewelry collectors should have a few Plique a Jour pieces in their collection. These pieces are rare and highly collectable. The designs include all insects, flowers, nude women and many have encrusted gem-stones. I find these pieces unique, beautiful, and collectable so I have listed a few examples for you viewing pleasure.

About The Cris Notti